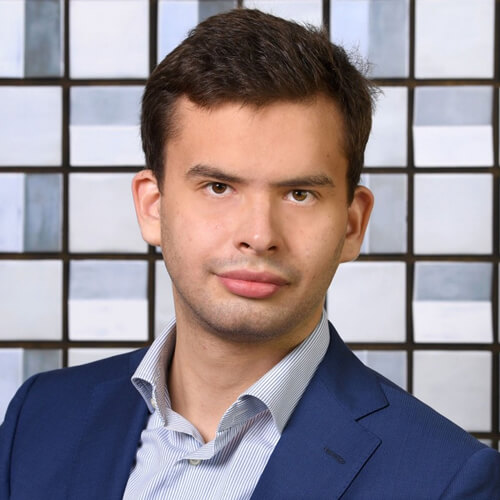 Roman joined Colle following his master’s degree at the European School of Management and Technology in Berlin, where he studied management. He also holds a bachelor’s degree in International Economics and Finance from Bocconi University in Milan.

While in Berlin, Roman worked at DLE Group, a German investment manager where he was involved in due diligence, deal sourcing, acquisitions and reporting. In previous roles, he also acquired experience in private equity, consulting and banking.

Roman is a former swimmer and amateur tennis player, as well as an avid skier. He is also a big fan of Pink Floyd and Chelsea Football Club.